I have three Something of Substance (SOS) workouts this week. That’s a Hanson’s Marathon Method construct, consisting of speed or strength runs, tempo runs and long runs. In week three of Boston training, I have all three. Tonight is speed work at the Cretzmeyer Track. Thursday will be a tempo run: eight miles, six of which will be at 7:57/mi. Sunday will be a long run of ten miles at 8:40/mi.

That’s a lot of work for the week, but the Hansons explain the effort in the context of cumulative fatigue.

So, the SOS runs serve many purposes. They build leg speed and strength. They acclimate a runner to increasing distances at race pace. And, they create fatigue that’s intended to impact the long runs. The Hansons are clear in their view that the long runs, while limited to sixteen miles at the most, should feel like the last sixteen miles of a race, not the first. That’s the lasting effect of cumulative fatigue.

With three SOS runs in the next seven days, I expect to be feeling that fatigue next week. 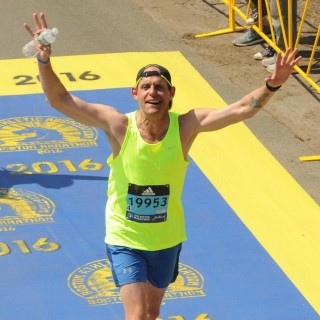